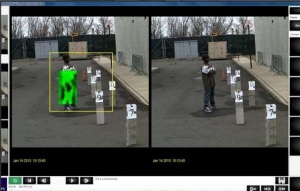 On January 28th of this year, I filed the first and only lawsuit against the NYPD’s testing and planned implementation of “street body scanners” — terahertz imaging devices designed to allow cops to peer under the clothes of unsuspecting passersby on the street for guns. In addition to highlighting New York’s longstanding disrespect for the Second Amendment by assuming that anyone bearing arms must be doing so illegally, this tool plainly ignores the Fourth Amendment’s requirement, made clear in Terry v. Ohio, that searches must have cause. By checking underneath the clothing of the public at random, the NYPD proposes to conduct the most widespread and general search ever demanded (outside of the airport checkpoint, of course).

U.S. District Judge Paul G. Gardephe ruled today, however, that the suit must wait because the immanency and effects of the NYPD’s proposed scanner use are, at this time, uncertain and speculative. This issue touches a gray area where, on the one hand, courts are allowed to protect the people from imminent loss of liberty, they must balance this against the constitutional requirement that only a live controversy may be reviewed.

I think reasonable people could disagree as to whether this constitutes a situation where a constitutional injury is imminent, and it is, of course, no surprise that any benefit of the doubt be sent the government’s way by a federal judge. As of now, I don’t plan on appealing this ruling, but instead watching for the first sign that the NYPD has brought these machines into public, at which point I will move to re-open the case. Let the NYPD be on notice: if you start to scan the public, you will be sued on Day 1.