No Surveillance State Month, Part 1: Turn Off Your Cell Phone 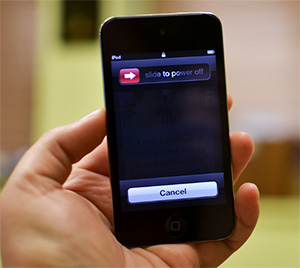 There would be outrage, protests, lawsuits, calls for impeachment and revolution, etc. etc. etc.. The good news is that this will never happen; the bad news is that it won’t happen because the government already has this data since any American who carries a cell phone has his or her location constantly recorded by his or her cell phone company.

Your cell phone provider can (and does) estimate your location by the measuring your signal strength from nearby cell towers. The stronger the signal, the closer you are, and because multiple towers likely reach you, triangulation is possible and your location can generally be determined within about a few dozen yards.

Your cell phone provider constantly records this data and keeps it on file for a year or more, depending on your provider. So if you’ve attended the Communist Meetup Group, cheated on your spouse, or really enjoy strip clubs, your cell provider already knows that, and can tell you exactly when it happened.

The solution to this is both simple and mind-blowing: turn off your phone. In addition to the privacy benefits, you’ll perhaps gain the benefit of becoming re-connected with the real world. Except if you work for very specific jobs, you have no obligation to be accessible to the world 24/7/365. The world will indeed go on without you, and “emergencies” will solve themselves just as they did before the advent of cell phones.

Many phones also have an airplane mode which may or may not be helpful. (Who’s to know whether all transmissions have actually ceased? I once had a phone that would occasionally receive text messages, much to my surprise, after enabling flight mode!) Most phones (including iPhones) can be turned off by holding the power button for several seconds and following the on-screen instructions.

So, pick a time when you’re off-the-grid and every day, “disappear” for a while.

This is one of a 30-part series, “No Surveillance State Month,” where daily for the month of June I’ll be posting ways to avoid invasion of your privacy in the digital age. The intent of these posts is not to enable one to escape detection while engaging in criminal activity — there’s still the old-fashioned “send a detective to watch you” for which these posts will not help. Rather, this series will help you to opt-out of the en masse collection of data by the government and large corporations that places Americans in databases without their knowing and freely-given consent for indefinite time periods. We all have the right to privacy, and I hope you demand it.

12 thoughts on “No Surveillance State Month, Part 1: Turn Off Your Cell Phone”