NYPD: Alerting Others to DWI Checkpoints is “Criminal Conduct” 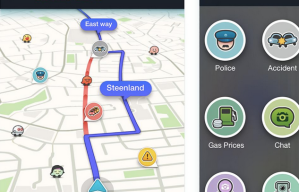 The stopping of random drivers to check for sobriety without cause is a search that barely meets constitutional muster.  In 1990, the U.S Supreme Court ruled in a 6-3 split decision that sobriety checkpoints are legal (Michigan Dept. of State Police v. Sitz, 496 U.S. 444 (1990)), but part of its decision considered that drivers were free to avoid those checkpoints by making a u-turn.  About a dozen states have outlawed the practice.

If a part of the constitutionality of a search depends on one’s ability to avoid it (just like the “if you don’t like it, just don’t fly” argument in favor of TSA nonsense), then a means for obtaining knowledge of an impending search is necessary. Subsequent cases have made clear that citizens have the right to warn others of police activity: for example, judges in Florida, Kansas, and others have ruled that there is a constitutional right to flash headlights to warn other drivers of speed traps.

Yet, New York police have always had a thing for arresting citizens for “interfering” with them verbally, despite New York law (and possibly the Constitution, absent some pretty compelling circumstances) quite clearly stating that such a charge requires physical interference, intimidation, or interference with telecommunications systems (case ruling against the police when interference is non-physical, listing other cases where police lost the same arguments time and time again).  It’s therefore no surprise that an NYPD attorney sent a cease-and-desist letter to Waze, the driving directions app that allows you to flag checkpoints:

Individuals who post the locations of DWI checkpoints may be engaging in criminal conduct since such actions could be intentional attempts to prevent and/or impair the administration of the DWI laws and other relevant criminal and traffic laws. The posting of such information for public consumption is irresponsible since it only serves to aid impaired and intoxicated drivers to evade checkpoints and encourage reckless driving. Revealing the location of checkpoints puts those drivers, their passengers, and the general public at risk.

Irresponsible?  Maybe criminal?  Given that the Supreme Court has, to date, not allowed secret checkpoints. that seems far-fetched.

The letter was written by Ann Prunty, who lists herself as “Acting Deputy Commissioner, Legal Matters.”  A review of State Bar records shows that she is a licensed attorney, which means she has the duty to avoid sending out letters like this without a good-faith basis for her assertions.

Of course, Ms. Prunty declined to respond to my request for clarification.  I’ll take that as an indication that she’s full of shit.

One silver lining: if the police do actually arrest someone for using Waze, this letter makes not just the individual officer, but the City itself, liable for the false arrest, since it’s now the official policy (“pattern or practice,” if you will) of the government.  Perhaps Ms. Prunty should think before she speaks and puts the taxpayer’s dollars on the line.

One thought on “NYPD: Alerting Others to DWI Checkpoints is “Criminal Conduct””