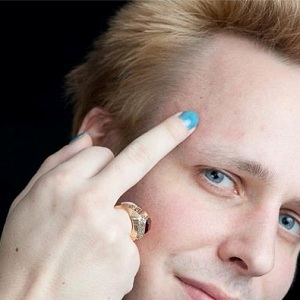 Probably few of you know that before I went after abusive government agencies, I used to go after abusive financial companies — my first federal lawsuit was against a collection agency who called non-stop about a bill that I didn’t owe. It’s actually shockingly simple to sue a collection agency since there are pages upon pages of rules they have to follow, and it’s way cheaper for them to deal with the occasional lawsuit than to follow the rules.

I had a credit card with Citi that I was paying off over time until a few months ago, when my automatic payment didn’t go through. No problem, just send another payment, maybe pay a $30 late fee, whatever, right? Of course not. Because of the missed payment, Citi tells me that I now owe them a “penalty APR” of 29.99%, which can’t be reduced even after making up the payment.

Let me put this in perspective for you. Let’s say you owe $5,000. A typical credit card company will ask you to pay, give or take, 3% of your balance or $25, whichever is greater, per month. This would result in a monthly payment of $150. However, in that month, you will have accrued $124.96 in interest, meaning that after paying your $150, your balance owed will go down by only $25.04. Your debt will take you over 6 years to pay and over those 6 years you’ll have paid about $5,800 in interest — more than the amount you borrowed!

This is what is referred to as an “unconscionable contract term” — a part of a contract that is so absurd that no judge will enforce it. And, in fact, some judges have chosen not to enfoce Citi’s usurious interest rates. This common-law concept comes paired with the fact that contracts are supposed to represent a negotiation between the two parties that are signing the contract — but fat chance you can negotiate your credit card terms of service, and so judges therefore must be ever vigilant against the large companies taking advantage of the little guys.

So when Citi collection reps call me and tell me, “Well you agreed to the penalty APR when you signed your cardmember agreement, didn’t you?” I explain the unenforcability of this agreement to them until they get frustrated with me and hang up. I’ve offered them the money in exchange for returning my interest rate back to where it belongs, and they’ve declined. So now I offer them this: come after me for the debt in court, and let’s see what kind of precident we can create regarding unconscionable contract terms and credit card interest rates.

[Author Note: Trying something new with the title here. Often times, people tweet my blog entries, and I’m hoping by putting the @Citi that Citi will be bombarded with copies of this post. If you’d like to participate in my experiment, share this on Twitter!]