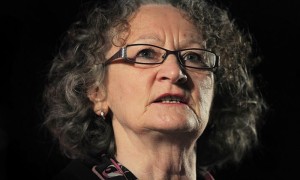 While many people have little problem allowing governments vast snooping privileges when investigating “terrorists,” it’s been called out again and again that governments are incapable of showing any such restraint.  Many of the headlines are dominated by the U.S. and our struggles with high-tech abuse from organizations like the NSA, but government assholery isn’t an American-specific problem: last week, London Metro Police were exposed as “hacking” the emails of various journalists and protestors.

The letter she received basically reveals that the police have been illegally accessing the email accounts of individuals for many years.  The letter claims that London police asked the police in India to get the passwords for them, and in turn, Indian police hired various hackers to do it for them. Once these hackers got the passwords, they were sent back to the Indian police, who then sent them to London police. This has been going on for years, and the whistleblower claimed that the unit had no respect for the law and didn’t have any regard for the personal privacy of individuals.

Consider the absurdity of there existing a secret unit in a local police department that has the ability to do such hacking (or sometimes, apparently, outsource the hacking to India).  U.K. law apparently allows such spying only to combat terrorism or a major crime, which probably means it should be taken outside of the hands of municipal cops.  Yet the NYPD here in the U.S. also considers its job to include international terrorism, to the point of having thousands of cops who work in locations other than New York city.

It is still very early in the “investigation,” so it is yet to be seen if exposing the matter will result in change. But, if these allegations prove to be accurate, it will be a serious blow to the reputation of the police force and another reminder that handing over keys to the government is a bad idea, even if they allege they will only use those keys when absolutely necessary — because time and time again, all governments everywhere have shown this to be a fantasy.